Dr. Conor`s background in personal development, well being, health and education, sociology, and neuroscience (to name but a few areas) comes from both personal experiences and from professional education throughout his career. When he grew up he was a lot like many other young boys as he was a sports mad youngster. 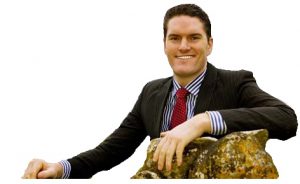 However, any potential ability that he had was quickly compromised by the time he reached his teenage years when he began to have lots of injuries and ailments. By the time he was a young adult he had been diagnosed with scoliosis.

If you have never heard of scoliosis, don’t fret, as many people have not heard of it also. It initially affects your spine and it begins to become evident when you notice your spine making, in the majority of cases, a ‘C’ shaped curve. In Conor`s  case, however, it was different. His spine began to take the ‘S’ shape which meant that it was going to give even more trouble for him than that of the average sufferer with this condition. His curves were not like a lovely lady`s but, were in fact, a medical condition that began to not only shape his body, but his health and his whole life also.

This experience and subsequent professional experiences have led him  to write the book Curvakure  which deals with those that suffer from scoliosis, kyphosis, spinal issues and other associated emotional and mental health issues. It is due out for publication in Spring, 2020.

In his young adult years Conor became a teacher. Having been an educator for 18 years with the Department of Education across a variety of positions and posts he studied for a  Ph.D. on personal development and behaviour.

At the same time his own personal problems were beginning to accelerate. He became intensely interested in finding a cure for back debilitating issues. He needed to be healed. He used his professional educational knowledge to research extensively and through trial and error, found ways to heal himself.

Throughout his time in learning, he has experienced a lot.

When he was suffering the worst he promised himself that when he did make himself well he would one day study to learn the things that helped heal him. This promise came out of his deep feeling of wanting to help you so that you never have to feel the way that Dr. Conor did. In essence, that’s why he created this consultancy, to provide help and education for you through his highly accredited courses and products and to allow you to learn through his writing, podcasts and videos.

Dr. Conor hopes you choose to allow his expertise to improve you as he sincerely knows that with his personal and professional background he can make you the very best version of yourself.

A Snippet of Dr. Conor’s Bio:

Listen to Dr.Conor Speak on Radio